Homepride flour has actually been around since the 1920s under the Spillers brand. It was in 1964 that our chief flour-grader, Fred, was introduced and made our brand and our product iconic.

Our unique production method produces a much finer flour and all Homepride flour is pre-sieved to add convenience to you, our treasured bakers. You’ll have noticed we also package our flour in a resealable carton so there’s less mess in your cupboards, and we stay fresher for longer.

We’re proud of our heritage and have put together a little timeline of where Homepride have come from – have a look at our story below.

In 1964, Spillers flour (which would become Homepride flour) were approached by two copy writers called Bob Geers and Bob Gross. They had an idea for an advertising campaign which featured Chief Flour Grader, Fred. Their pitch resulted in Fred becoming an advertising icon. Fred is now available on a number of great collectables and has even become an antique! 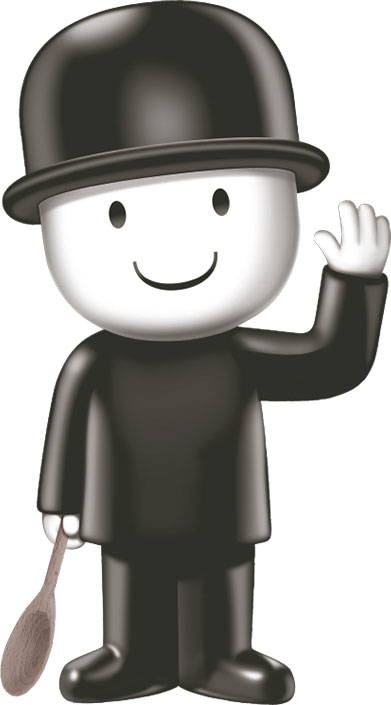 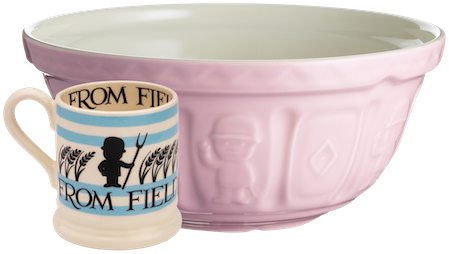 Where it all began

Homepride began life in the Midlands as a pre-packed flour manufactured by Robbins and Power.

The brand was later taken over by Spillers – a company that had been making flour since 1897. A time of change

Manufacturing of the Homepride brand was put on hold whilst Spillers sold it’s pre-packed flour under a range of regional brand names such as McDougalls, Feathery Flake and Spillers Albatross.

A technological breakthrough in flour production meant that bakers would no longer need to sieve their flour. The new production method has no large grains of dust and was launched as a national brand – Spillers Homepride. The launch was supported by advertising that highlighted the pre-sieved nature of the product with the strapline you may recognize on our lids: ‘Graded Grains Make Finer Flour’.

Spillers was approached by two copy writers called Bob Geers and Bob Gross who had the idea for an advertising campaign headed up by chief flour grader; Fred.

Their pitch resulted in the birth of an advertising icon! Spillers was removed from the branding in the 1970s and Homepride flour became the standard for flour.

From Iconic Characters to Iconic Pack

Homepride flour launched our distinctive rigid sided ‘can’ offering bakers across the land a resealable pack that made less mess, stayed fresh and was easy to store. It has since been named as one of the ten most successful products marketed in the UK.

After Homepride flour and the license to the Homepride brand was acquired by Kerry Foods in 1998, Fred celebrated his 40th birthday in 2004! Homepride’s Fred teamed up with the Wallace and Gromit Big Bake to help raise money for sick children in hospitals and hospices across the UK – a partnership that has continued to the present day. This year, we have announced our 100% British Wheat provenance. All Homepride flour is made from wheat produced in Great Britain – a fact we’re very proud of. Thank you for supporting our farmers and our brand – and here’s to the next century! We linked up with Emma Bridgewater to launch our now famous collectable ceramics. Have a look in our shop today and see what you fancy!